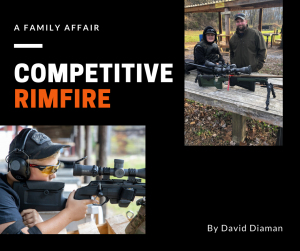 My Journey To Competitive Rimfire

Like a lot of red-blooded Americans, I love to shoot. I can remember walking around in the woods when I was young with my trusty Marlin model 60 rifle. When I graduated high school, I joined the military and that fueled my love of shooting even more. My unit had a large number of competitive shooters, so I began shooting handgun matches and found I really enjoyed the competition and comradery. Well, over the years life happened, I retired from the military and had a family. Shooting became a luxury that I simply didn’t have the time or money for any longer.

A friend gave me an AR-15 lower as a Christmas present and I caught the shooting bug again. It started with shooting handgun matches because that's what I was familiar with, but I wanted to push my comfort zone. So, I decided to try long range rifle competitions which I absolutely loved. However, as I was found out quickly, competing in the precision rifle series matches came with a few drawbacks for me personally.

For starters a nice precision rifle can cost a lot of money. Did I mention I now have a family? A wife, two kids and a mortgage to be exact. I realize you can shoot a stock rifle in production class but even a production rifle rig cost $2500+.

Most importantly, I wanted to spend some time with my family. All this practicing, reloading and going to matches is time I could never get back with my young boys. This really wasn't feasible so I started looking for an alternative that would allow me to complete but not come with so many down sides.

Competitive Rimfire Was a Perfect Fit

This was when I discovered precision rimfire matches and, more specifically, the Mid Atlantic Rimfire Series or MARS. These matches really appealed to me because they were run just like a traditional precision rifle match. They use the same props, stages and time limits. The only difference is you are shooting 22LR at ranges from 25-300 yards. Shooting a .22 at 300 yards is the equivalent of shooting a 308 at 600 yards. 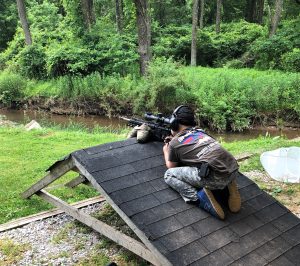 My Boys Love It!

This group turned out to be perfect for me and my family. Not only did it cost significantly less and require a lower time commitment, but my kids love to shoot .22’s as well. My boys are currently 9 and 11 years old. My older son is on his second full year of competition and my youngest son just started.

Another big advantage is that these matches don’t typically run all day like a traditional centerfire match and the competitors aren’t as intense. MARS matches are friendly and welcoming, and you get home with enough time to still do chores, errands or just relax on your well-deserved weekend. 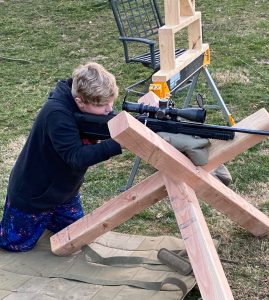 What You need to Begin Competing 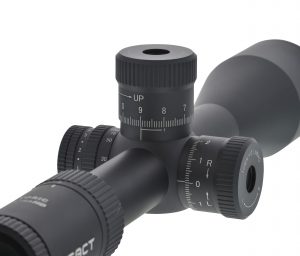 In my Competitive Rimfire journey, I've learned that high precision turrets are a must for consistent accuracy

How Do You Start

NRL22 matches are good and I would suggest to visit their website.

If you’re anywhere in the PA to WV region, check out the Mid Atlantic Rimfire Series. It is a year-long cumulative points competition for practical 22LR precision rifle shooters. Of course, you don't really need to participate in the points race, just attending the matches is fun enough but it's really fun to have a goal to train for throughout the year.

MARS is Great For Beginners

MARS has beginner events and even offers affordable, private coaching to help you get started. Lots of new shooters and juniors are joining the ranks. MARS also puts out regular info on social media to help competitors with tips, techniques and gear selection so make sure to follow them on FaceBook

For a complete overview of the league and all the participating Clubs, Click Here